About Pseudotsuga menziesii ‘Tribble’: This cute little broom was spotted in the distance while Mike was up on a ladder harvesting another Douglas fir broom. The tiny growth habit and appearance reminded us of the small fictitious furry lovable species, “Tribble”, on the original series of Star Trek.

The grafted cultivar is maintaining the cute characteristics and growth pattern of the parent broom. We are hoping that it will eventually purr! Then it will be Purr-fect!

About Pseudotsuga menziesii ‘Christmas Candles’: This beautiful illuminated Douglas fir tree was spotted a week before Christmas, all decked out for the holiday season, lights included! We traveled a road in the Cascade mountains on the west side of White Pass Ski Resort. The road was still navigable, not yet explored, or closed, or filled with snow. The Pseudotsuga menziesii tree was on a rocky hillside, with moss covered loose rocks on the incline. We slipped and slided but managed to acquire a few scions! It will be fun to see if this new cultivar saves it’s color for the Christmas season, or maybe we will have ‘Christmas Candles’ illuminating the yard all year long!

About Pseudotsuga menziesii ‘Cow Pie’: We were driving a neglected dirt road in a forest of Grand fir and Doug fir on the south side of Rimrock Lake in search of conifer oddities. Instead we ran in to a woods roaming bodacious bovine! But in fact, that is not really an uncommon sight in the forests of the lower Cascade mountains of Eastern Washington, where we have encountered cute cows on numerous occasions. What made it special this time, was a nearby broom in the shape of a cow pie!

We harvested Pseudotsuga menziesii ‘Cow Pie’ in late November 2020, and we are anxiously awaiting to see if the new grafts will push this coming Spring! That will really stink if they don’t take!

This cute little round Pseudotsuga menziesii broom was discovered perched ‘Sitting Pretty’ on a tree. It was first spotted as a silhouette against a gray evening sky and looked like a full moon. It was in the Cascade Mountain range by Stampede Pass, near another cool broom we harvested on the same day, Abies amabilis ‘Pacific Crest’! It was somewhat difficult to harvest because the snow was really deep and we were sinking up to our waist as we ascended the hill to retrieve it…so Cheryl found a short-cut back down the hill to the snowmobile!

This beautiful golden douglas fir tree was planted by Mr. Harold Cooper as a seedling in the 1970’s. It was one of numerous Pseudotsuga menziesii seedlings that were planted to reforest the land for his logging company. Mr. Cooper, who is now in his 90’s, noted that the tree has been a golden color since it was planted. Mike spotted the tree on the hillside in Morton, Washington while traveling back from a visit with Bob Fincham at the Coenosium Gardens in Eatonville. Mr. Cooper’s son graciously provided a tree climber to harvest cuttings for grafting. The cuttings of this new cultivar ‘Cooper’s Torch’ were obtained in January 2019, and they pushed vigorously and beautifully, retaining their intense golden color! Interestingly, one can observe a slower growth rate of this golden tree than the other Douglas fir trees planted at the same time on the hillside, presumably because this specimen with it’s golden color, has less chlorophyll. This “outstanding” golden Douglas fir tree can be seen from Google Earth! 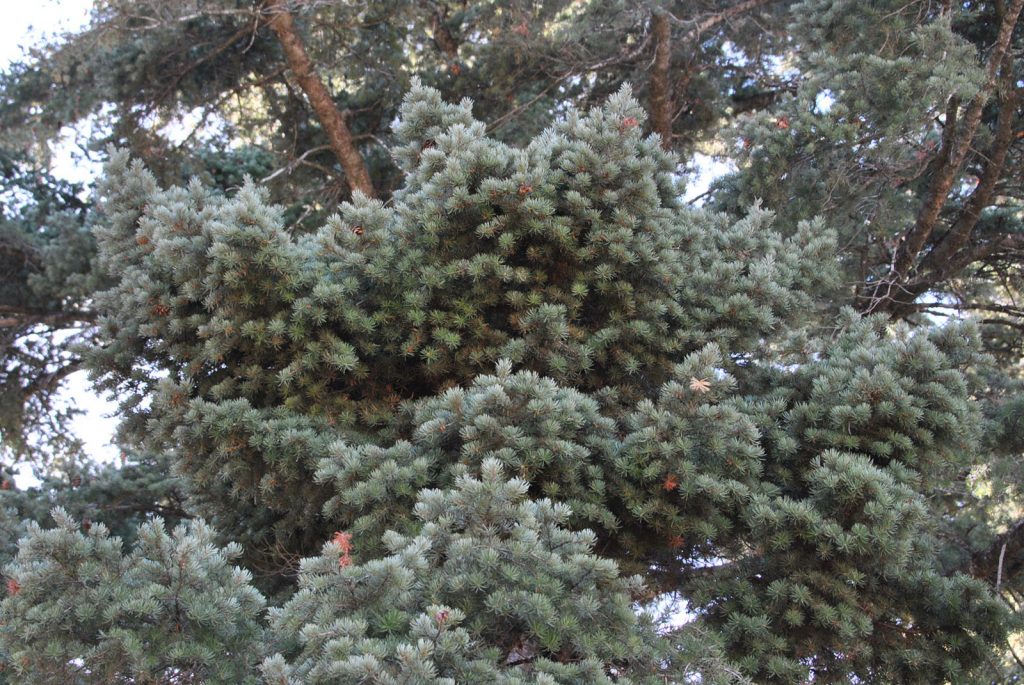 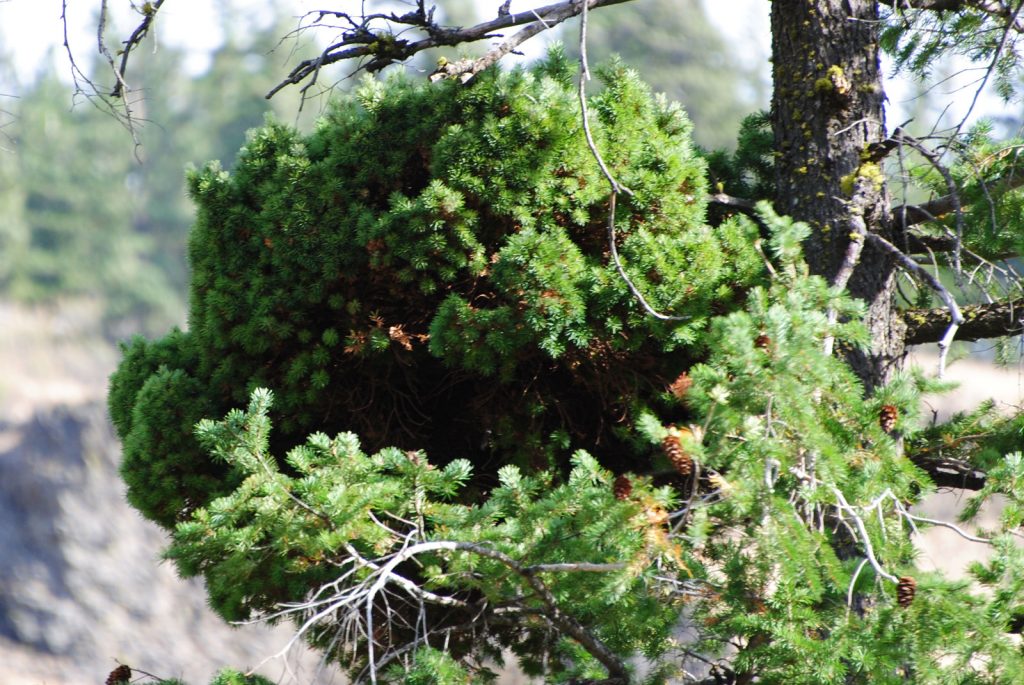